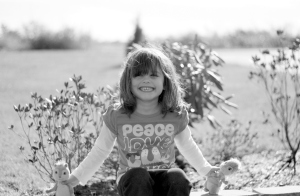 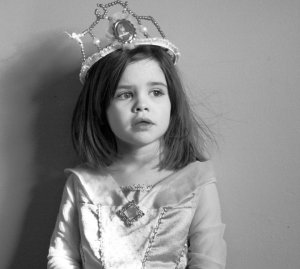 My son refuses to let me take that many pictures of him now that he’s nine. But I thought I’d show you him in action at around the age of two, in the throes of paper shredder heaven. He was fantastic at creating a huge mess. I used my vacuum so much that year it exploded into flames. 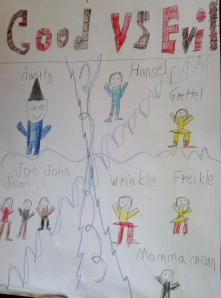 My son was beyond proud of his first book he made at school. The moment I saw his cover page I thought the title was definitely an attention-grabber. I was immediately hooked.  I also loved his characters’ names: Freckle and Wrinkle. But then I saw down near the bottom was a dark drawing of a person he named ‘Momma Mean’.  It felt like I had been punched in the gut. Until he told me this was a group project and his partner Cooper came up with Momma Mean. Whew! Dodged that years-of-Mommy-guilt bullet!

My son and I had another deep conversation yesterday while riding home from school. “Mom, do you know what the most important thing in the world is?” he asked from the back seat.

“Love!” I yelled without hesitation. “It’s love. It’s the most powerful thing in life.”

“Uh, no, ” he said. “It’s not love. Actually, it’s trees. Because without trees we wouldn’t have oxygen on the planet. And without oxygen, we’d all be dead because we couldn’t breathe for even one second. So you are wrong, Mom, it’s trees.”

I was reading my daughter a book the other night when she gasped and pointed at the page. “Look, Mom! It’s an ellipsis!”

She’s in preschool. I don’t think I knew what an ellipsis was until yesterday. What in the world are they teaching my kids at this school?

So I am in the middle of a bad bad bad writer’s block. So bad it’s triple the bad. I took Georgette’s and Fraha’s idea of using photos this week. It was fun, took the pressure off of coming up with ideas, so thank you, guys.