Hold onto your Pac-Man hats, kids.  I have a confession to make.

And a damned good one.

It all started back in 1979 when I was nine years old. My dad walked into our living room and yelled, “Check this out, guys!”

With a flourish he clicked on our wood-paneled TV. Then the heavens opened, the angels sung and my life changed forevermore.

All due to this remarkable piece of technology:

I was hopelessly mesmerized the moment the fuzzy pixelated shapes materialized before my eyes.

What in the world is this? Is this for real? Have we all gone mad? Has all that Mello Yello mixed with Pop Rocks finally fried our brains? It was hard to wrap our heads around what we were witnessing.

My brothers and I continued to stare, our mouths agape as the ball sloooowly blipped back and forth across the screen from paddle to paddle.

Sure, graphics back then were nothing more than crudely formed rectangles, but we were in control of them! Me! A girl who wore thick tortoise-shell glasses and rainbow Mork suspenders, who had previously spent her days sticking multi-colored pegs into a magic light board!

Suddenly, we had the power to move objects on a TV screen. Our little minds were officially blown.

And my video game addiction began.

Shortly after Pong, Combat came along. Hallelujah! Thank the glorious Atari gods above!

This is when my gaming strategy skills really started to take hold. Now I had a little tank that fired and crept slow-as-death across the screen. Why, I could even hide behind barriers!  Sadly, this was my main tactic. My brothers were relentless, always cornering me, then spraying me with a steady barrage of ammunition, effectively blowing my spinning tank around the screen like a sad discarded piece of garbage.

Yet those brutal early gaming days taught me resolve, to never give up in my quest to achieve those impossible goals.

Like crossing the damn road without becoming a frog pancake. 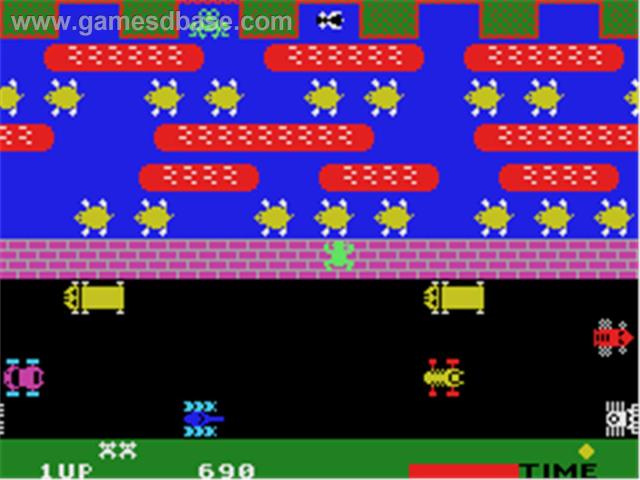 Frogger was the game where everything gelled. My skills grew by leaps and bounds. A fire burned in my belly, my focus sharpened. As God is my witness, I will save Frogger! My eyes would twitch as I gripped the Atari joystick, ignoring the gnawing ache in my thumb from pressing the little red button over and over again. Ignoring all forms of human contact. Ignoring food, water or toilet. My ultimate goal in life?  To be the best gamer that ever lived. Or at least better than my butthead brothers.

My tween years flew by in a blur of pixelated images:

…there I was, swinging on a vine across precarious pits filled with snapping crocodiles!

…transporting a stunningly ugly but oddly sweet creature back home!

…gobbling up ghosts while sporting a lovely pink bow! 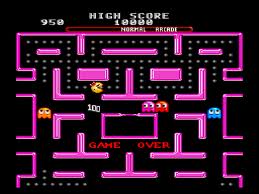 Then the love of my life finally entered the picture and captured my heart.

He was short, dark, handsome and unplugged toilets in his spare time.

It was the summer of 1990 and I was back home from college. I knew I had to work overtime at L.L. Bean’s folding turtlenecks to pay the big bucks it would cost to get my trigger-happy hands on the holy grail of gaming:

And every single penny was worth it. Worth the 15 hours a day I sat there and played Super Mario Bros. until my eyes bled. I was so good at that game, my brother and his friends would often begrudgingly ask me to help them get through the more difficult levels.

“Oh!” I’d say smugly. “You’re telling me Mario has to run, double jump, twirl, spin, flip, morph into a raccoon, THEN dive onto Bowser’s head three times in rapid succession, all while avoiding shooting laser beams and fiery pits of death? Hand me the controller. Watch and learn, my friends. Watch. And. Learn.”

I could defeat any game with one hand and both eyes closed.

Gee, that’s terrific, Darla, you snicker. So you’re good at doing something really stupid and completely meaningless? Did you ever even see the sun once during your childhood? You must be so proud.

Well, first off, I do know the sun somewhat resembles a circle, and I’m guessing it’s similar to the gold coins Mario likes to collect.

Secondly, I am very proud, thank you. This weekend I plan on playing Mario Kart 7 on my son’s Wii, making sure he eats my wake so I can gloat in his face the rest of the week. Of course, this will be after I help my husband get through the harder levels in the new Tomb Raider. Yes, there will be much gloating all-around.

And they said my gaming skills would never amount to anything.

What was your favorite video game as a kid?  I will bet you I’ve played it and scored a million points.

If you’ve never played a video game, what other useless skills do you possess?

135 thoughts on “How I Became the World’s Greatest Gamer”