Going back to college at my (ahem) advanced age has been quite the eye-opening experience.

I’ve learned many valuable things, like the medical term bradycardia actually does not mean when one’s heart rate goes up upon seeing Tom Brady’s tight end. 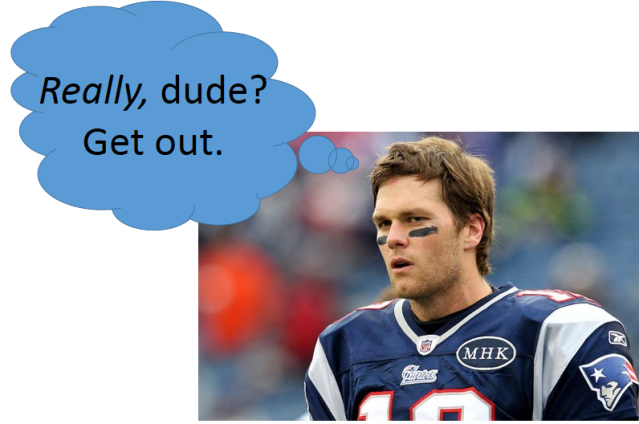 Also, never open your eyes during ‘eye irrigation’ practice when your smirking lab partner comes at you wielding a eyedropper full of questionable fluid.

And — I suppose it should go without saying — never get caught in the bathroom stall etching a crude image of your lab partner with a giant arrow over their grotesquely inflated head and the words: Suck It, You Brown-Noser Poopy Head!!!

Oh, and never argue with your professor when he deducts three points off your pharmacology paper because you think whopping cough is a real ailment that strikes people who have inhaled too many Burger King Whoppers. (Damned spell check never works.)

But aside from the above lessons, the biggest thing I’ve learned this time around?

I’ve changed. Yeah, turns out I’m not the same wild-n-crazy chick I used to be in my days of misspent youth.

53 thoughts on “The New Adventures of Old Darla”

Leave a Reply to She's a Maineiac Cancel reply