It’s November! This means I get the honor of spotlighting Nicole — a warm, witty blogger and inventor of ridiculously clever comic strips she painstakingly crafts using mere scrap paper and scissors.

Perhaps you’ve been living under a rock and haven’t visited her popular blog, The Middlest Sister, where she details what it was like to grow up with four sisters. Not only has it been Freshly Pressed numerous times, but it holds a coveted top spot on the Recommended Blog list as one of the WordPress Staff Picks. And with good reason. She. Is. Amazing.

Now time for the interview!  After you’re done, be sure to drop by her blog. You’ll be so glad you did.

My first blog post, “The Refrigerator” is one of my favorite “Chrissy” memories. I came home from school one day and saw all these good report cards on the fridge for the rest of the sisters, awards and ribbons… and then there was this note for Chrissy: 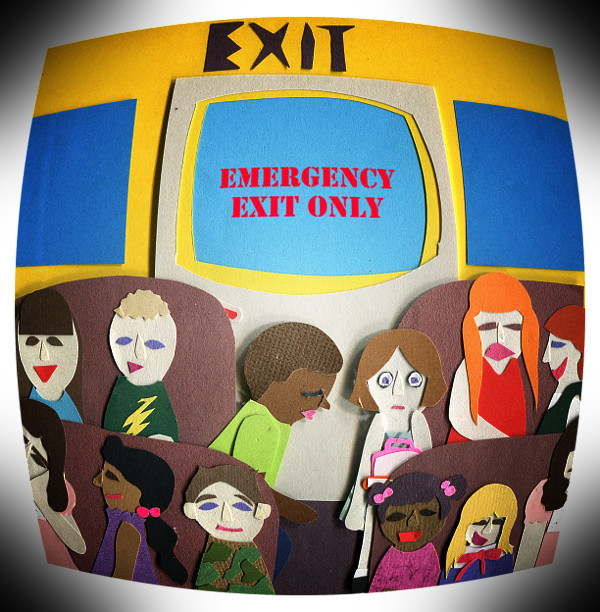 It was awful. I was in second grade on an overcrowded bus. The kiss was stolen, and I was so angry about it for years and years afterwards because I had wanted my first kiss to be “special.” I decided it didn’t count, but then my next first kiss was also awful and unspecial. And the one after that. AND the one after that. If none of the firsts were going to be special, might as well count the real first one!

I don’t know the exact circumstances that will lead to it, of course, but I really feel like it’s going to be something a little condescending and petty.

My favorite, a peanut butter and chocolate chip sandwich! That counts as cooking right? 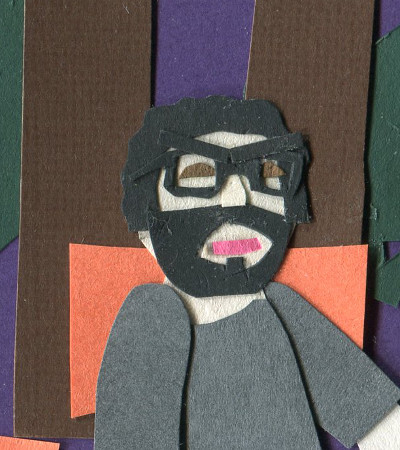 My beardy, mysterious husband (I have never seen his face)

It’s a hazard of having a house-rabbit. I like to say that “Faye” is short for “Faaaaaavorite pet!” but sometimes, it really, really isn’t.

Thanks so much for playing along, Nicole (I think fuzzy bunny Faye is my new fave…) and for being my November Blogger of the Month!