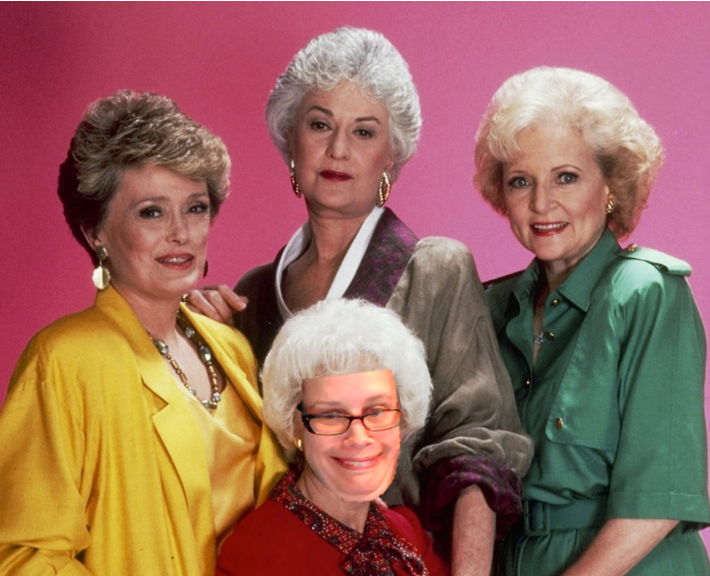 You may remember the post My Secret Movie Star Life when I revealed I used to be almost famous as a stand-in for bratty actors on bathroom breaks*. But like most real movie stars, my high-flying prolific career started to fizzle and plummet faster than Jenny McCarthy’s breasts in 30 years.

Hey, this gorgeous frying pan I have for a face can only take a person so far in life.

So for years I did what anyone else would do,  I drowned my sorrows in Zima and Hot Pockets, then I tried my hand at stand-in jobs on a much smaller scale: The boob tube.

Emphasis on the boob part.

Please join me as I revisit some of my most celebrated TV show stand-in roles from the 1970s, 80s and 90s! 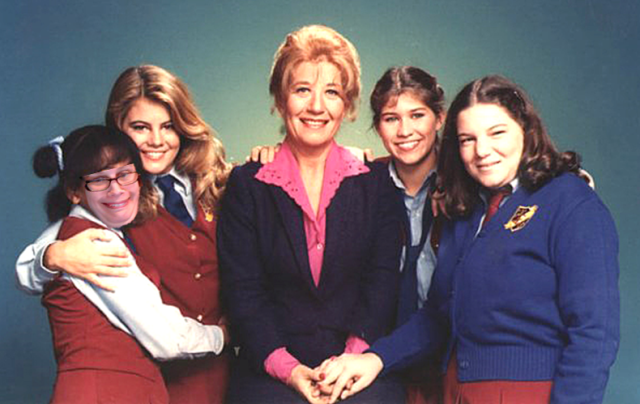 It all began when the director insisted I roll around set in Tootie’s roller skates while she took another “cigarette break” and Blair strategically placed dozens of tampons in the doorway of every hallway, hoping I’d crash-land on top of her archenemy, Jo Polniaczek.

In retaliation, Jo and I conspired to sneak a magic ingredient into one of Edna’s Edibles muffins and within hours security was dragging a screaming Blair away as she kept insisting gummy worms were oozing out of Natalies’ dimples.

Yes, her career as a snarky girl in a dark blue tie was officially over before it began thanks to me, her penchant for baked goods, and a sweet little bag of Maui Wowie. 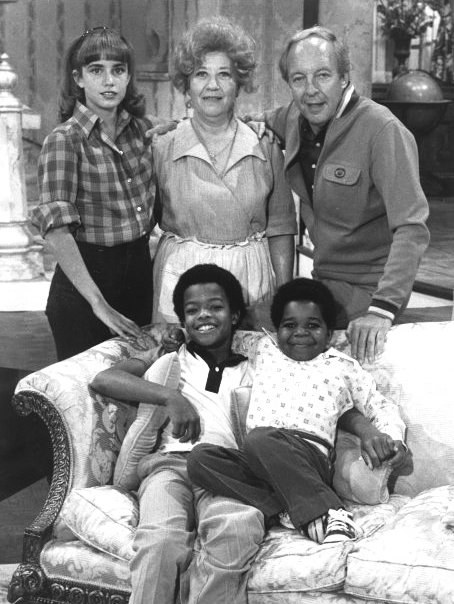 This show brings back so many painful memories. Not the least of which is the fact I was forced to work with the uppity Mrs. “Saggy Girdle” Garrett yet again.

And Gary Coleman? A complete asshole once cameras stopped filming.

Sadly, no amount of pleading on my part convinced the director that my catchphrase ideas were more buzz-worthy, so I was promptly thrown out of the studio after the first week of shooting (and coincidentally, I landed right on top of Jo Polniaczek) 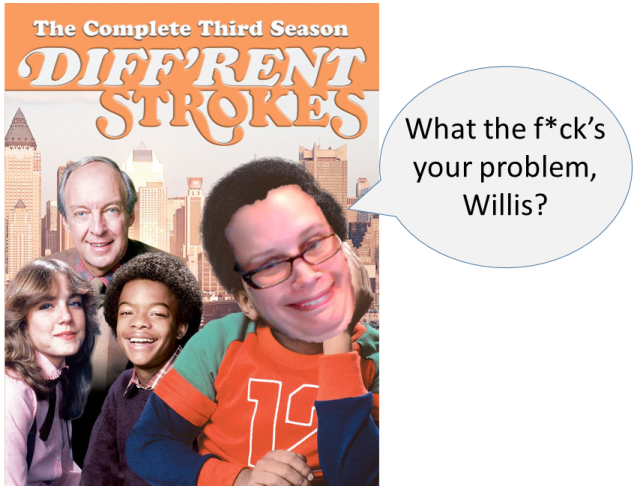 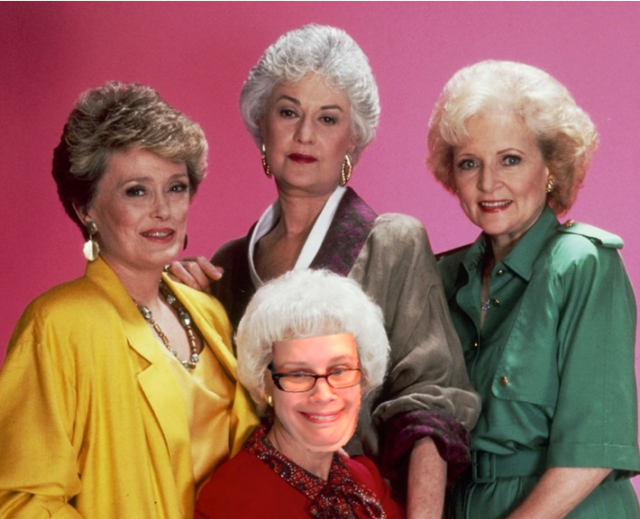 Oh! Now this was a sweet gig! I spent many fond years standing in for Sophia Petrillo due to her constant need to feed her insatiable cigar and malt liquor habit.

Once the season wrapped, I barely kept up with these guys, what with the constant midnight strip poker parties held in Stanley’s trailer, the clouds of suffocating ganja smoke permeating from Rose’s dressing room, and the steady stream of Chippendale dancers filing out of Dorothy’s boudoir. As for Blanche? Total prude.

How I miss these ladies! They were wild. They were saucy. Most of them are now dead. Why? Why mortality? Why not Jenny McCarthy**? It’s just not fair!

LITTLE HOUSE ON THE PRAIRIE 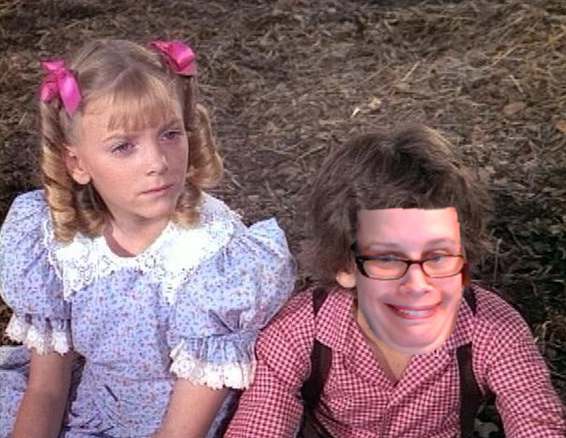 Yowza! Another sa-weet gig. I was the stand-in for Willie “Booger-Eater” Oleson. So basically I spent my time inhaling chalkboard dust,  running into walls, and cramming my pie hole with Gobstoppers at the Oleson Mercantile.

One fateful day Nellie “Smellie” Oleson and I snuck cayenne pepper into Ma’s morning coffee and she spewed it all over Pa’s perfectly-coiffed mane of glorious hair. Oh was he pissed! I remember vividly how he ripped off his shirt and suspenders to mop up the mess. One thing we could always count on was Michael Landon’s constant need to subject us to his glistening pecs.

During the rare down times when Pa wasn’t stripping, he’d bust out the violin while the cast and crew would gather ’round the fireplace to be entertained by Laura Ingalls’ superior liquor chugging skills. She didn’t get the nickname “Half Pint” for nothing. 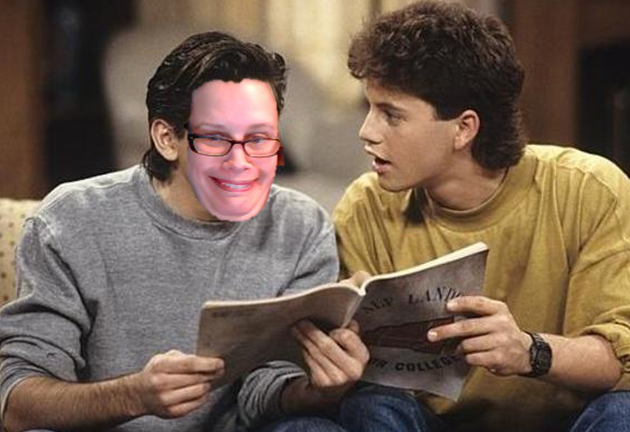 Ooh, yeah. Yikes. Not much needs to be said here. Other than two things:

1. The producers refused to listen to my sage advice when I warned the public would be much more receptive to a less obviously perverted nickname for the character who played Mike’s best friend, Richard  “Boner” Stabone. 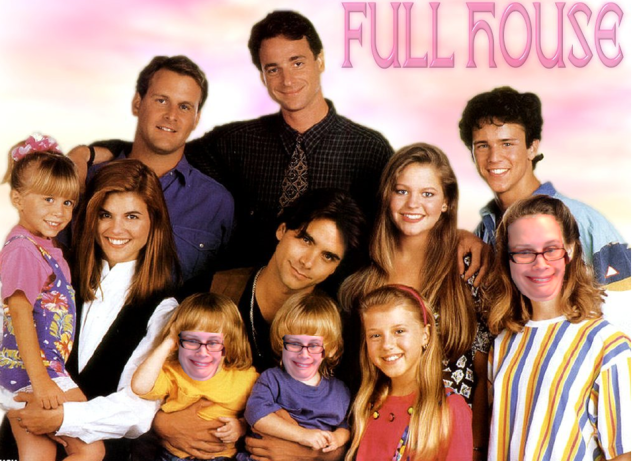 Finally, my last paying job, the one where I pulled off a feat never before attempted in the history of Stand-In Acting: I played three roles simultaneously.

Exhausting? Hell yeah! But at least in order to play Kimmie Gibbler I didn’t even need new hair, makeup or clothes as we all marveled at the fact we could have passed for twins. Very odd-looking-bordering-on-dumbass twins.

The Full House crew was like one big happy family. We had Joey Gladstone, who bored us all to tears in between takes with the one good impression he had in his repertoire (and even Jesse could do a better Bullwinkle in his sleep), the ever-present and uber-creepy Danny Tanner (who would go on to do an equally disturbing voice-over for How I Met Your Mother), and my personal fave, Jesse “Bam Bam” Katsopolis.

Sure, Jesse was sexy. But the clincher for me was the biggest jewel he possessed in his ridiculously talented crown:

His musical career with the unparalleled group, The Rippers. Enjoy.

**I sincerely hope Jenny and/or her breasts live a long fulfilled life.