Franco [answers phone, two women asleep on either side of him]: Yeah?

Rogen: JUST DO IT!

Rogen: [shouts] No man! No it’s not!  I would think pissing off the entire country of North Korea can’t be good! I mean, Kanye West is one thing, but….this. This is f—ing insane as shit!

Franco: Calm the f— down, all right? I’m coming over.

Rogen: Okay okay. Yeah, that’s good. We can figure this out. I mean, we’re actors!

[Thirty minutes later. Franco and Rogen are sitting on couch together in a cloud of smoke watching CNN]

Franco: I mean, this is really f—ed up.

Franco: So he should be here any minute.

Rogen: Who? The pizza guy?

Franco: No, Clooney, man. He’ll take care of it.

Rogen: What — are you a moron? Clooney? What the hell’s he gonna do?

Franco: Just trust me all right!

Rogen: Trust you! Trust you! Wasn’t that what you said right before you told me to rub your nipples on that motorcycle?

Franco: Clooney’s smart, okay! He’ll know what to do! He infiltrated the Bellagio! He’ll fix this!

[Both sit silently for several minutes]

Rogen: So did you order extra cheese and pepperoni?

[Someone knocks at door, both yell simultaneously]

Rogen: I thought you were gonna get it.

Franco: I did get it…didn’t I?

Franco: Why should I? You get it.

Rogen: C’mon dude! You get it!

[Someone bangs on door.]

Franco: Did you hear that? 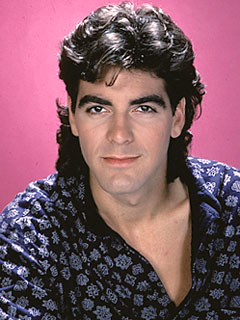 Clooney: Hey guys. I let myself in. Look – you two chowderheads better tell me what’s going on right now. I’ve got the missus waiting in the limo downstairs and she isn’t happy, threatened to subpoena my ass.

Rogen: No, they are. They, like, wiped out PlayStation! PLAYSTATION!

Franco: We did this. Us! Why didn’t we stop at Pineapple Express? 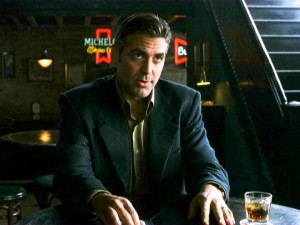 Clooney: All right, this is what we’re gonna do. Seth, you’re gonna dress up as a rich guy, drop a few Gs at the craps table as a distraction. James, you’re gonna cram yourself into a tiny box and we’ll wheel you into the vault, where you’ll bypass the infrared lasers and steal all copies of The Interview and replace them with the entire season of Freaks and Geeks. Then we’ll all pretend this never happened. Got it?

Rogen: But wait a minute….what about freedom of speech? What about every American’s right to watch The Interview?

Clooney [scoffs]: Guys. C’mon. Have you seen the movie?

Clooney: Look — think of it as we’re doing everyone in the entire world a huge favor here.

Franco: You saw him, right? Clooney? Here in your living room?

Rogen: Yeah. And order mine with extra pineapple.