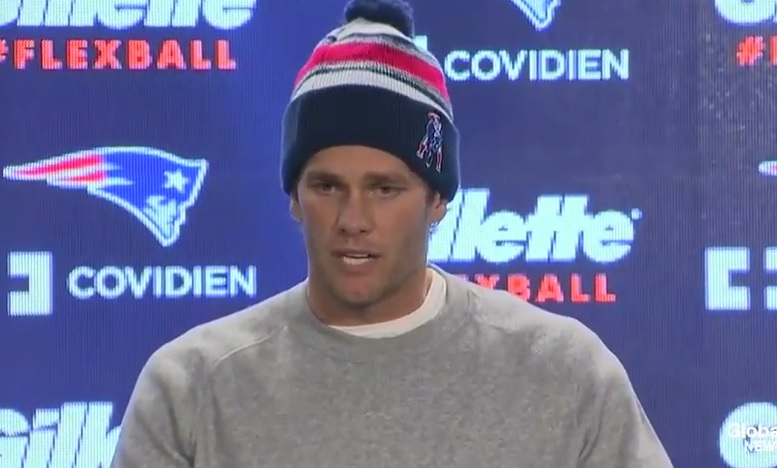 I’ve been sick as a dog this past week. First my son was socked with a “flu-like virus” (which is apparently our pediatrician’s polite way of saying “you’ve got the flu”) Then he kindly passed it onto his little sister and she promptly responded by coughing directly into my mouth 150 times so I wouldn’t miss out.  Near the end of my week-long Influenzapallooza I also had the added bonus of developing bronchitis.

My husband? Not even a sniffle.

It all started when I felt a death rattle in my chest during halftime of last week’s Patriots/Colts game. I went straight to bed eager to begin spending my days writhing around in a delirium of fever, body aches and hacking cough. But at least I got to practice my moaning and groaning. I’m very good at it now.

Just yesterday the fever broke and I felt almost half-dead again. The mental brain fog lifted and I suddenly realized I had missed the ending of the Patriots game.

Did they win? Did I miss anything?

My mind still swimming in a delicious Nyquil-induced daze, I shuffled out to the living room, snuggled down on the couch in my bathrobe and clicked on the TV just in time to see my old boyfriend up there answering questions at a press conference.

Aw, gosh darnit! Isn’t he adorbs in that hat? And oh wow! His chiseled dimplicious chin seems to be breaking news on every channel! Everyone must be super excited about the Pats going to the Big Game!

Then I turned up the volume.

I looked down at the empty Nyquil bottle on the coffee table. Hmm….did I accidentally double the dose? I rubbed the cobwebs out of my eyes and tried to focus harder on what my Tommy Boy was yammering about in his super-cuddly gray sweats.

Okay. Well. Time to head back to bed. Maybe when I wake up tomorrow things will be back to normal? Or at least, less tacky-ball-ish.

That was when my 81-year-old mother (her birthday was just yesterday!) called me on the phone to give her expert take on things. (Needless to say, both of us are huge Pats fans and have been since the pre-Doug-Flutie-On-The-Wheaties-Box days.)

“Did you see that damn ball thing? Jeezum crow! I mean, just who on the Colts team suddenly said, ‘Hey! I’m gonna start checking their balls!’ Yeah, like just out of the freaking blue he’s suddenly fascinated with their balls! ‘Here, let’s touch the balls! Everyone squeeze their balls! I bet their balls are soft! That’s why we’re losing!’ Why not squeeze your own gol-darn balls, huh? Why not leave the Patriots’ balls alone? We all know it’s the cold air that did it! Cold air makes them shrink! What, are they gonna have to touch every friggin ball before every friggin play now? I’d like to see that! Balls? Balls my ass!”

And there you have it, folks. Balls my ass. The final authority on this whole shrinkage catastrophe. My mom does know her balls. After all, she raised five boys.

83 thoughts on “Complications of the Flu May Include Extreme Deflation”